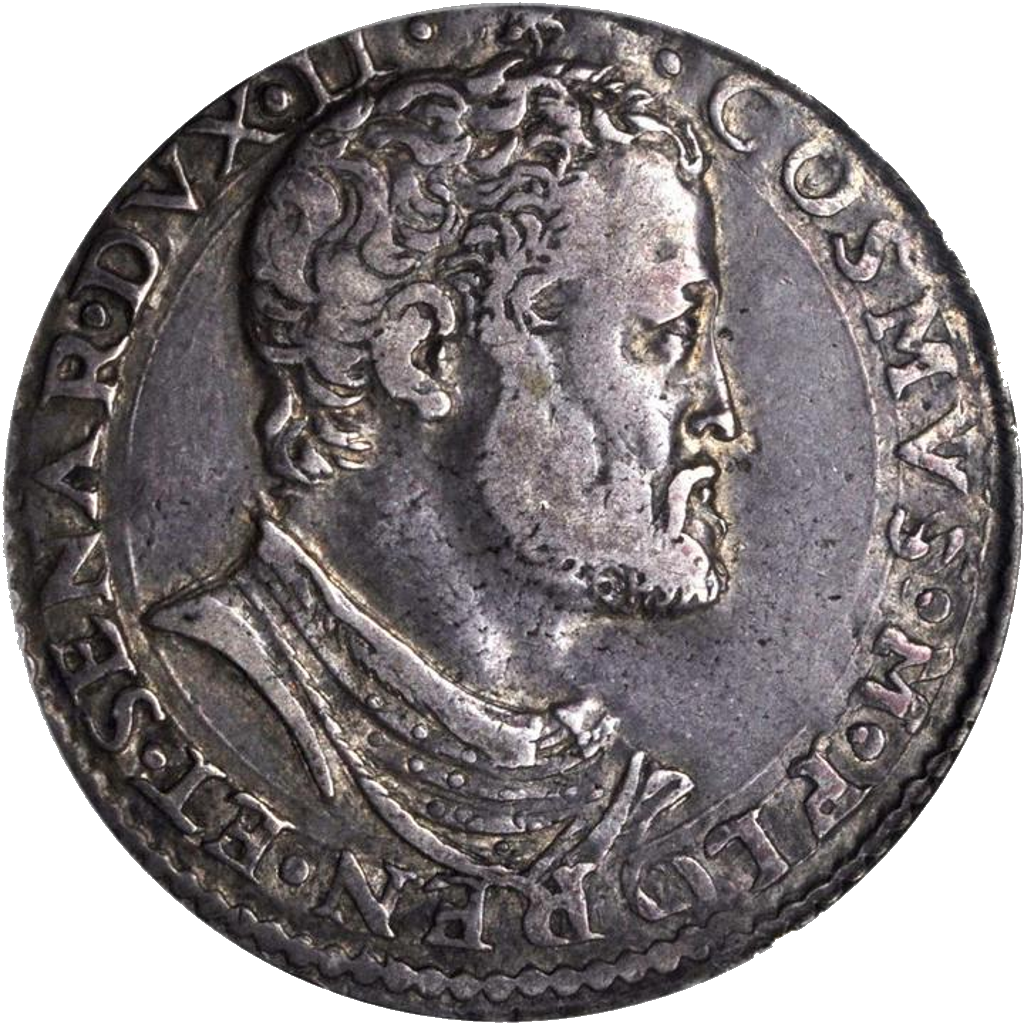 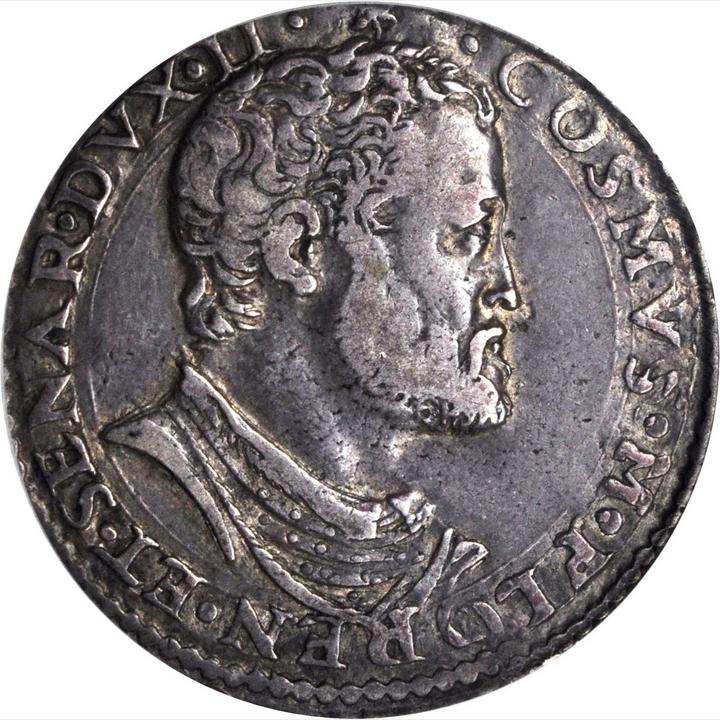 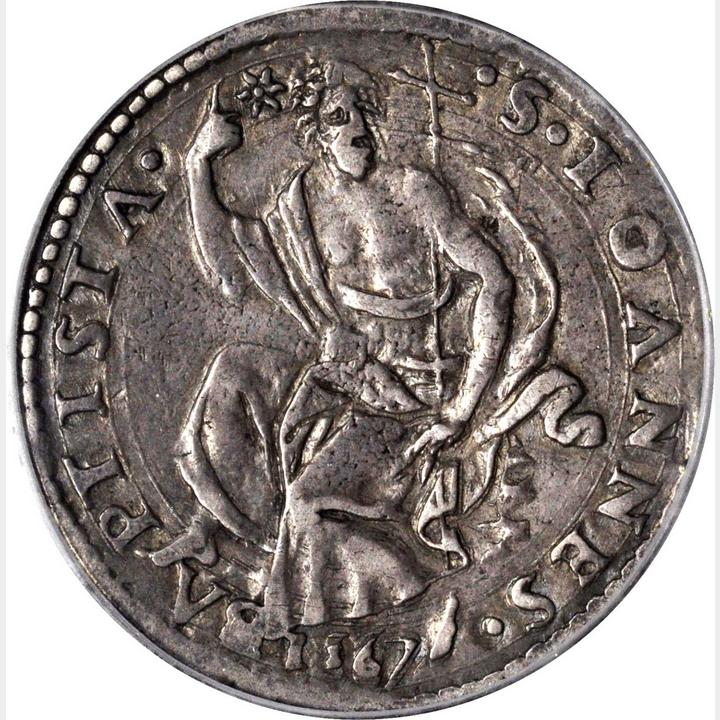 ITALY. Tuscany. Testone, 1567. Cosimo I De Medici (1537-74). CNI XII 180; Morosini II 14. Nicely toned and evenly presented with a fine Renaissance portrait of the Duke on the obverse and St. John the Baptist seated on the reverse. After the murder of Alessandro de Medici (see Florence for one of his testone we are offering in this sale), Cosimo established himself as Duke of Florence in 1537. He successfully arranged the evacuation of Spanish troops and conquered the city of Siena in 1555. The pope made him grand duke of Tuscany in 1569, a title he and his heirs held until 1737.Provenance: From the Collection of Dr. James Eustace Bizzell, II.